Compaction priority is an option in RocksDB that determines the next file to select for compaction. Here I show the impact of this option on the amount of storage writes while running Linkbench. The right value can reduce the amount of data written to storage which improves storage efficiency and can make an SSD device last longer.


I ran Linkbench with maxid1=1B and requesters=20 for 3 days on a server with 24 CPU cores, 256 GB of RAM and an MLC SSD. I then looked at the compaction IO statistics via SHOW ENGINE ROCKSDB STATUS to determine the amount of storage writes per column family. The graphs below use the integer value for the compaction priority: 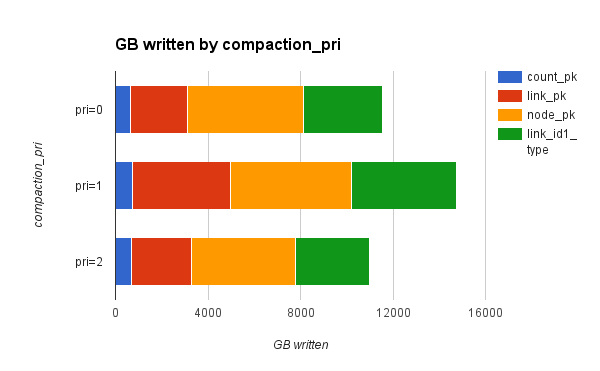 The next graph shows the amount of data written into RocksDB by the application (MyRocks) by column family. I call this the ingest. The storage writes done by RocksDB includes the ingest and writes done for compaction in the background. As expected the ingest is similar for each of the compaction_pri values. 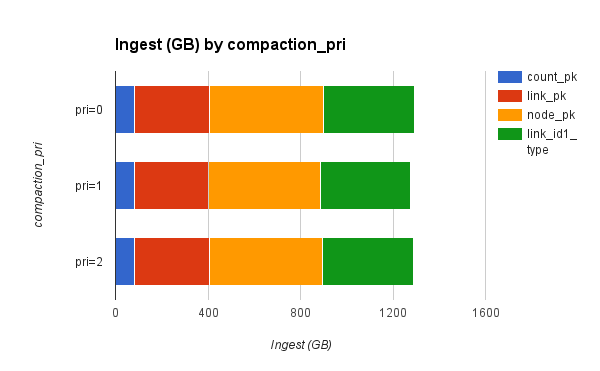 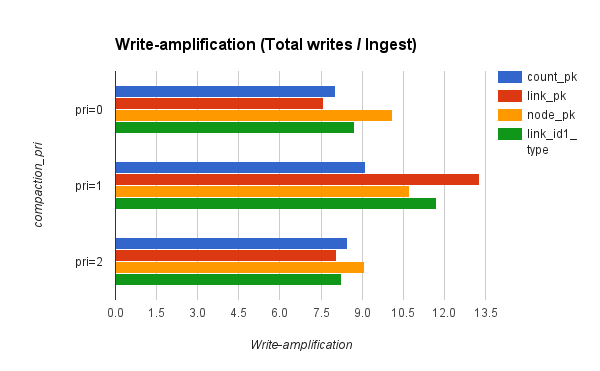