I like RocksDB, MyRocks and MongoRocks because they are IO efficient thanks to excellent compression and low write-amplification. It is a bonus when I get better throughput with the RocksDB family. Here I show that RocksDB has excellent load performance and to avoid benchmarketing the context is loading Linkbench tables when all data fits in cache. This workload should be CPU bound and can be mutex bound. I compare engines for MySQL (RocksDB, TokuDB, InnoDB) and MongoDB (RocksDB, WiredTiger) using the same hardware.


I used Linkbench for MySQL and LinkbenchX for MongoDB. The load test was run with generate_nodes=false to limit the load to the count and link tables/collections. The load was repeated with 1 and 8 users (loaders=1 & maxid1=1M, loaders=8 & maxid1=4M). The test server has 144G RAM, 2 sockets, 12 CPU cores (24 HW-threads) and a 400G Intel s3700 SSD.

The oplog, binlog and sync-on-commit were disabled. I did that to remove bottlenecks that might hide stalls in the database engine.


This shows the average insert rate during the single-threaded load. The performance summary is: 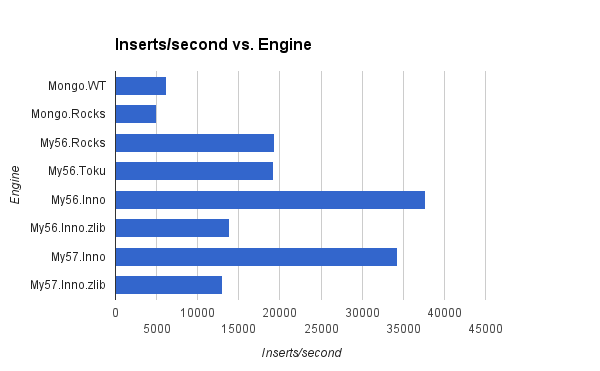 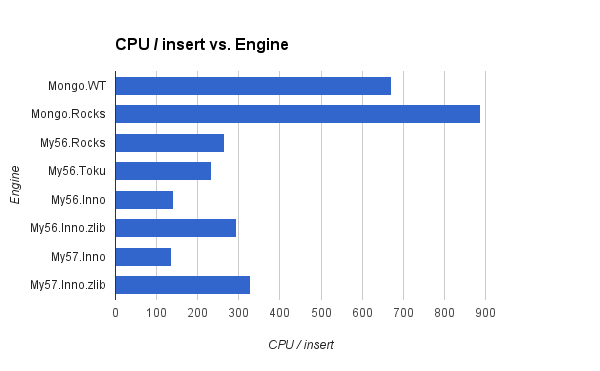 
This shows the average insert rate during the load with 8 user threads. The performance summary is: 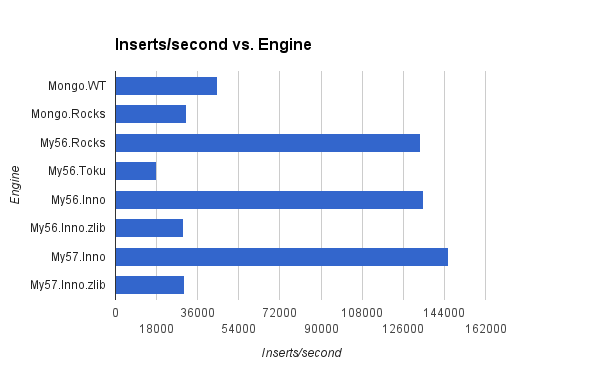 This is the rate of context switches per insert. The context switch rate was measured by vmstat. Several of the engines suffer from too much mutex contention. 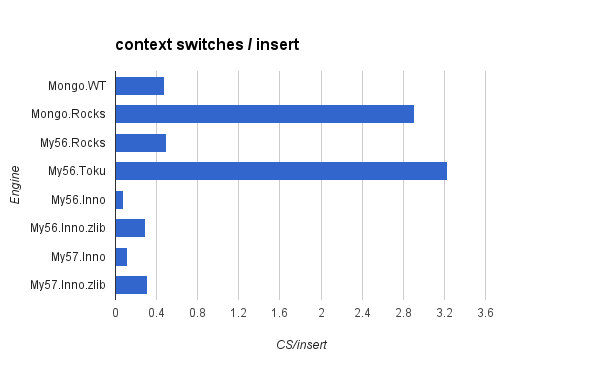 Posted by Mark Callaghan at 3:23 PM