Next up in my series on low-concurrency performance is the insert benchmark on Intel NUC servers with an IO-bound workload. The database and working set are much larger than RAM and there are many reads from and writes to storage. This is part of my work on bug 86215. One day I will stop running tests and start working on code improvements but not yet. Read this for more on the insert benchmark.

My servers are described here. The charts below refer to the servers as i3 NUC and i5 NUC. Compared to the i3 NUC, the i5 NUC is newer, has a CPU that is 2X faster, 2X more RAM and storage that is more than 2X faster.

The my.cnf used for each database engine is described here. The my.cnf files I share were for the i3 NUC. For the i5 NUC the InnoDB buffer pool and IO capacity options were increased using these values. I use the same server for mysqld and the sysbench clients. The binlog is enabled but sync-on-commit is disabled. 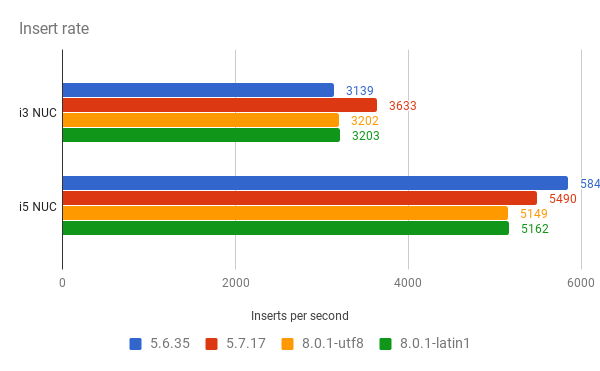 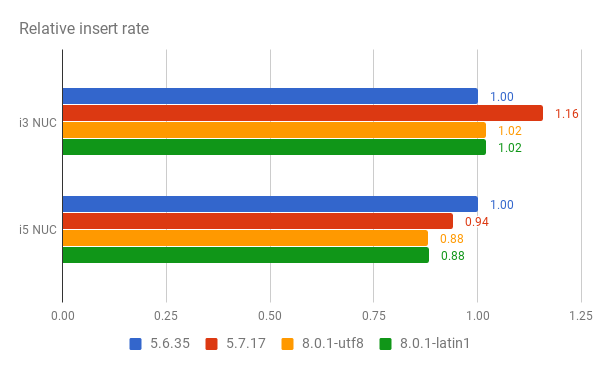 The next pair of graphs is the absolute and relative query rate for the q1000 test where another client does 1000 inserts/second. For the i3 NUC there is no regression. For the i5 NUC there is a large regression and about half is from MySQL 5.6 to 5.7. 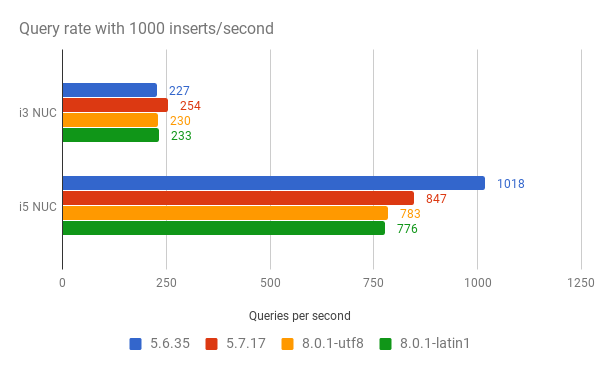 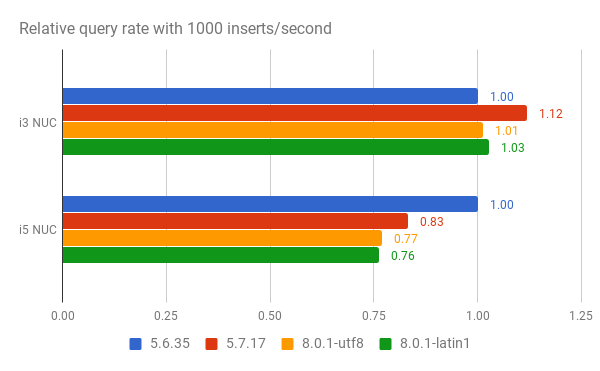 The next pair of graphs is the absolute and relative query rate for the q100 test where another client does 100 inserts/second. For the i3 NUC there a speedup from MySQL 5.6 to recent releases. For the i5 NUC there is a small regression after MySQL 5.6. 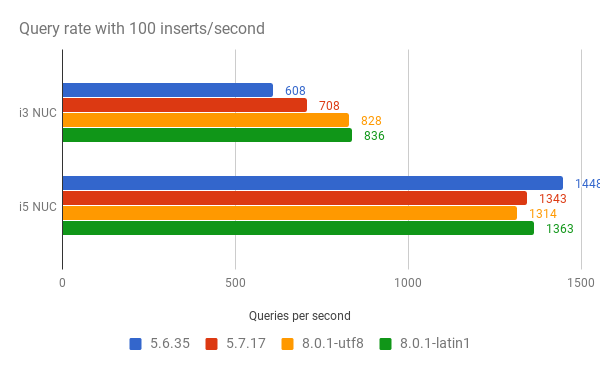 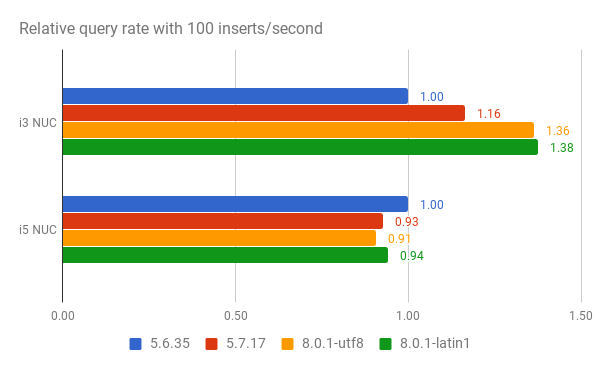 I run vmstat and iostat when the tests run to determine how much hardware is used per insert and per query. For each of the tests (load, q1000, q100) the graphs show the inverse of the relative CPU overhead per insert and per query. For the i5 NUC the results here are similar to the throughput results above and more CPU overhead in recent MySQL releases is likely to explain the throughput regression. For the i3 NUC the CPU overhead appears to be reduced on recent releases. I don't understand that yet. Note that my CPU measurement includes everything on the host, not just mysqld. 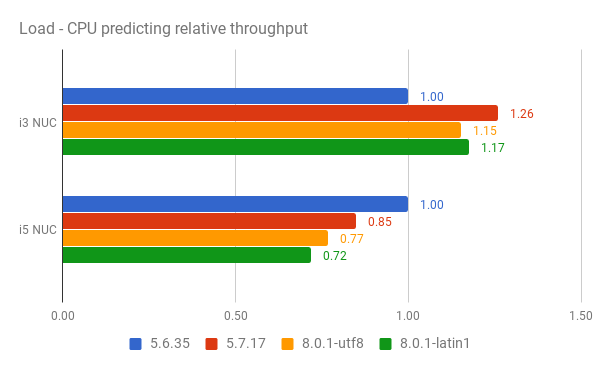 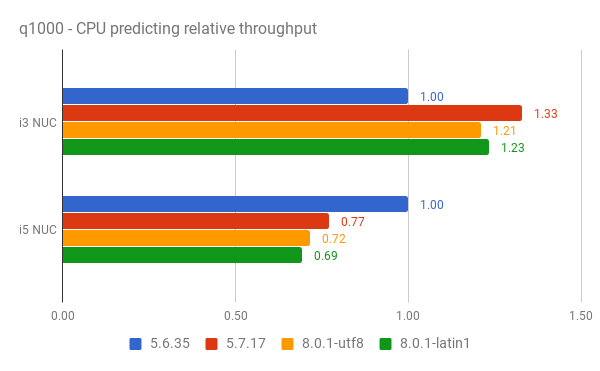 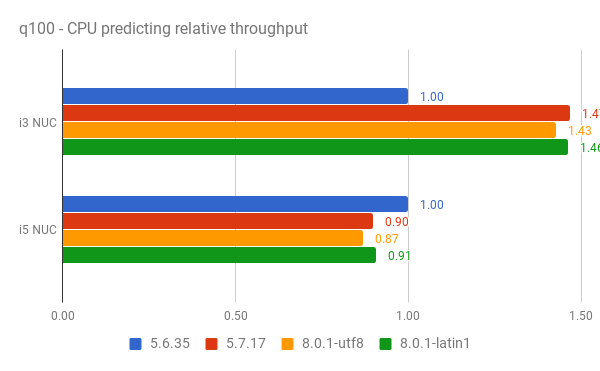 All of the performance data is here. This includes metrics from the benchmark client and from vmstat and iostat.
Posted by Mark Callaghan at 2:20 PM