This post explains the insert benchmark with an in-memory and high-concurrency workload for MyRocks, InnoDB and TokuDB. The goal is to understand throughput and efficiency for different storage engines and different versions of MySQL. The previous test used a low-concurrency, in-memory workload with 1 query client and 1 table. This test uses 16 concurrent clients and 16 tables.

tl;dr - for an in-memory, high-concurrency workload

The load is concurrent and there are 16 clients each loading a separate table . The graphs below have rates for each configuration relative to the rate for InnoDB 5.6.35. The graphs show the insert rate, the CPU overhead per insert and the storage write rate per insert. 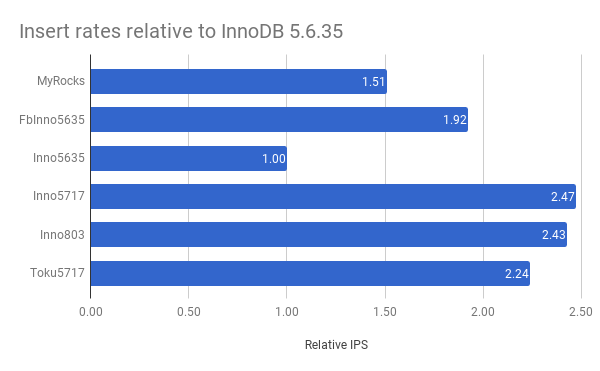 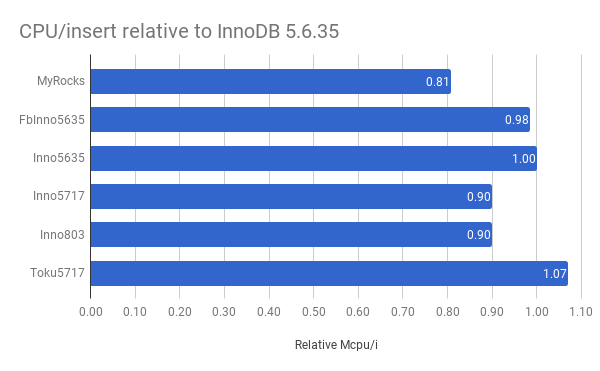 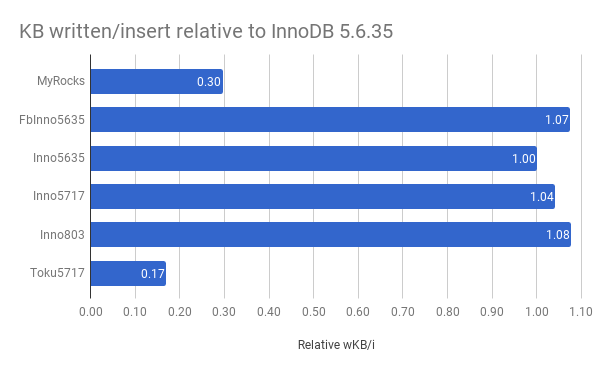 This is the database size at the end of the load. The values are absolute and rounded to the nearest GB. MyRocks is more space efficient than InnoDB. Uncompressed InnoDB uses 1.6X more space than uncompressed MyRocks. 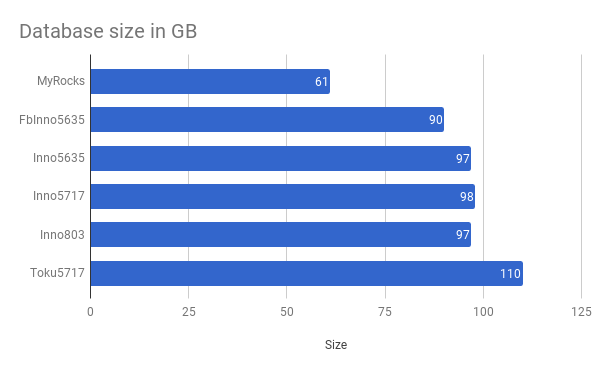 This graph shows the number of seconds to scan the PK index and all of the secondary indexes. The number for the PK scan is from the second scan of it. The x-axis truncates the result for FbInno5635 on the secondary index scan. That result was lousy due to a bug that has been fixed. The scans are concurrent and there are 16 clients each scanning indexes from separate tables. 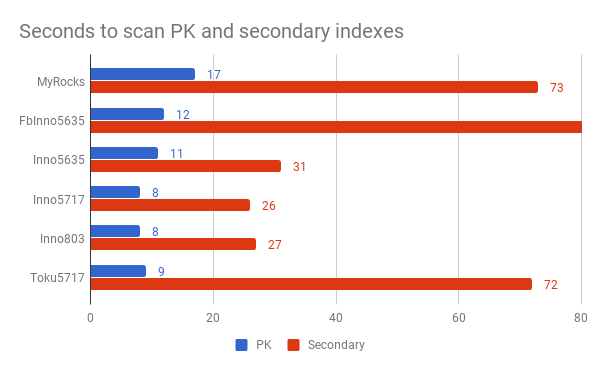 This section has results for the read-write test when the writer is limited to 1000 inserts/second. The first graph has the QPS for short range queries. The second graph has the KB written to storage per insert. Both use values relative to the value for InnoDB 5.6.35. 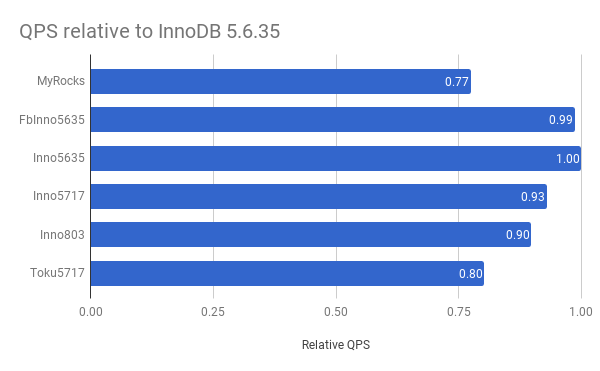 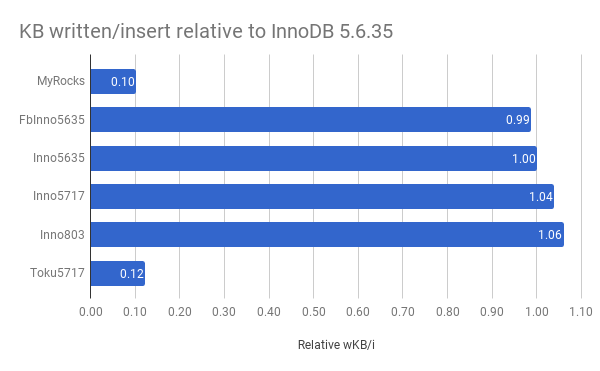 Read-write, 100 inserts/second
This section has results for the read-write test when the writer is limited to 100 inserts/second. The first graph has the QPS for short range queries. The second graph has the CPU overhead per query. Both use values relative to the value for InnoDB 5.6.35. Results are similar to the previous section. 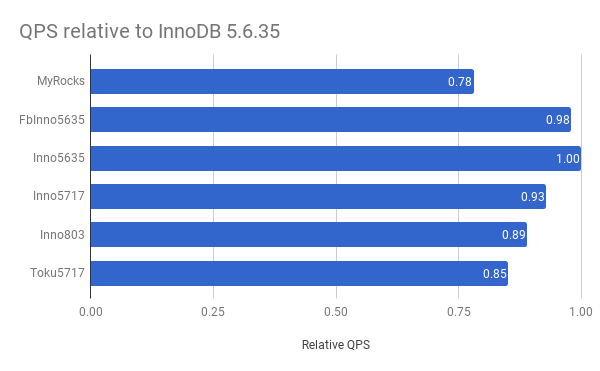 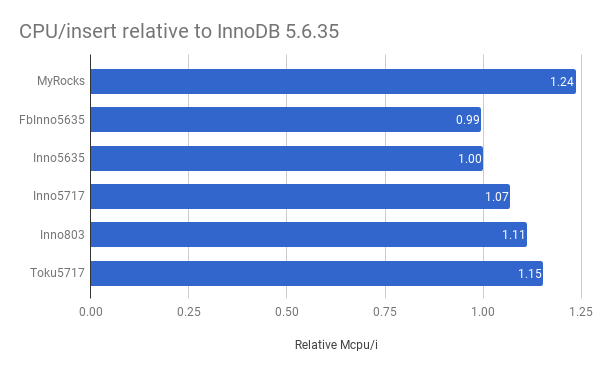