This post explains MySQL performance for Linkbench on a small server. This used a low-concurrency IO-bound workload to measure response time, IO and CPU efficiency. Tests were run for MyRocks and InnoDB on an Intel NUC. The previous post used an in-memory workload.
'
tl;dr - for IO-bound linkbench

I used my Linkbench repo and helper scripts to run linkbench with maxid1=80M, loaders=1 and requestors=1 so there will be 2 concurrent connections doing the load and 1 connection running transactions after the load finishes. My linkbench repo has a recent commit that changes the Linkbench workload and this test included that commit. The test pattern is 1) load and 2) transactions. The transactions were run in 12 1-hour loops and I share results from the last hour. The test server is the i5 NUC described here were 4 HW threads, SSD and 16gb of RAM. The database is larger than RAM after the load.

Tests were run for MyRocks from FB MySQL 5.6.35 and InnoDB from upstream MySQL. The binlog was enabled but sync on commit was disabled for the binlog and database log. All engines used jemalloc. Mostly accurate my.cnf files are here.

All of the data is here. I adjusted iostat metrics for MyRocks because it currently counts bytes trimmed as bytes written which is an issue for RocksDB but my adjustment is not exact. The first two graphs show the load and transaction rates relative to the rate for InnoDB from MySQL 5.6.35. 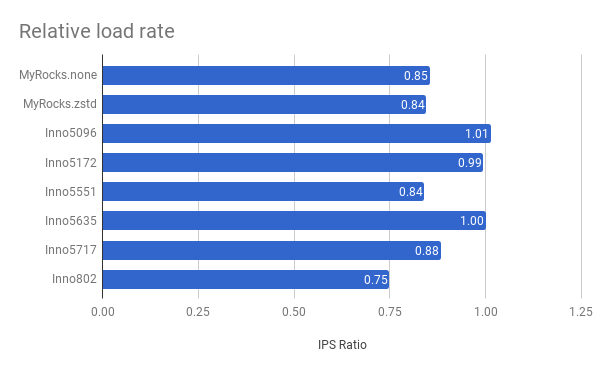 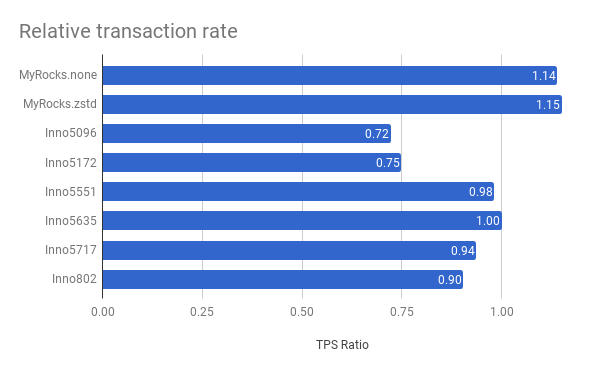 CPU efficiency is mixed. These graphs have CPU overhead per insert during the load and per transaction. This is measured by the us and sy columns from vmstat. The values on the graph are relative to InnoDB from MySQL 5.6.35.

MyRocks uses more CPU than InnoDB 5.6 on the load and and less for transactions. Some of the CPU overhead for the load is from compaction and that is decoupled from the user connections doing inserts. 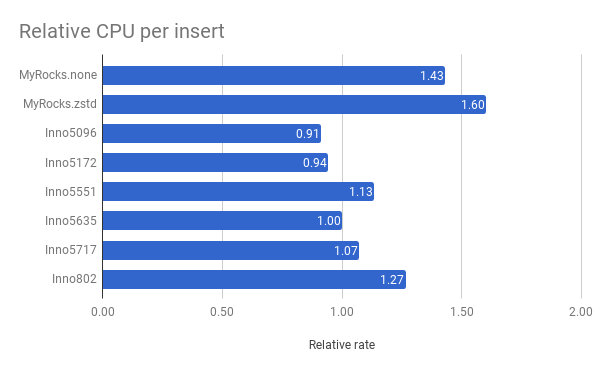 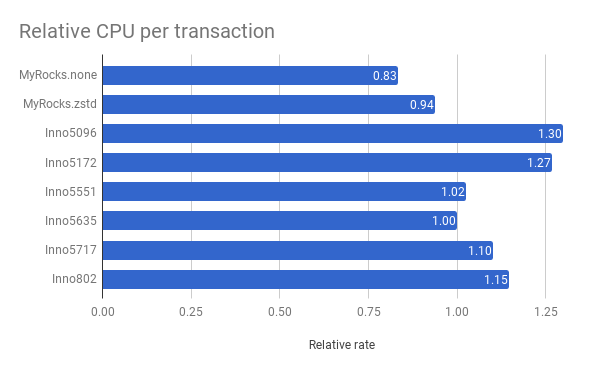 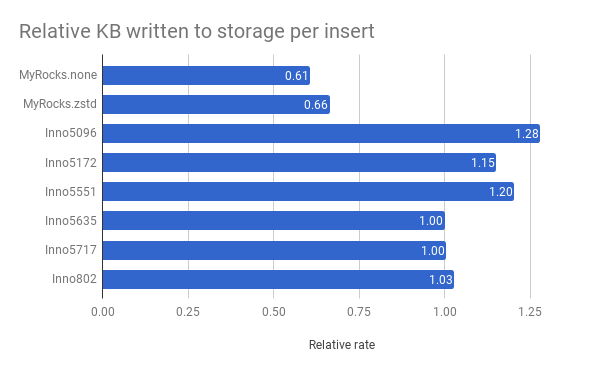 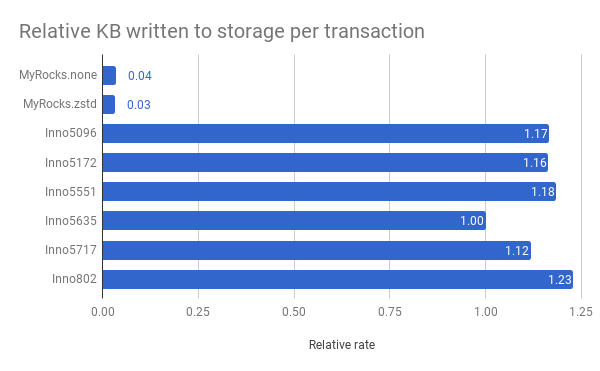 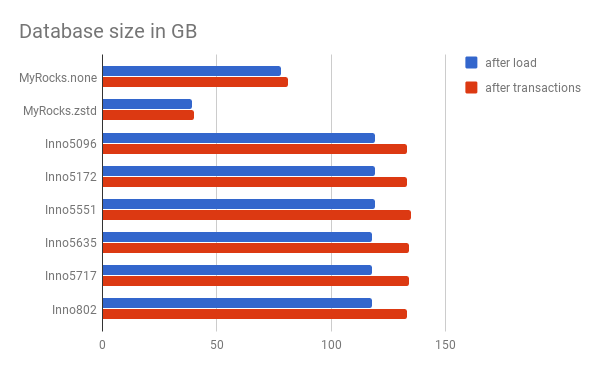 Posted by Mark Callaghan at 2:54 PM